In the middle of the decade, and driven by a new editorial turmoil, Ulmeiro relaunched the publication of Agostinho da Silva, who had been in several tertulias (gatherings) at Ulmeiro to talk about philosophy, his life and work, being the author with the most titles in the publisher, releasing the 14th in 2020.
It also promoted the visit of two renowned foreign intellectuals, Léo Ferré (1984) and Lawrence Ferlinghetti (1986). From the French anarchist singer, it then published an album of the same name, organised by Manuel João Gomes, Luiza Neto Jorge and Judite Cília. In that spring Léo spoke at the University of Lisbon, where he signed already his Portuguese album.
He was followed by the American Ferlinghetti, poet and bookseller-publisher of the beat generation, who came to talk about the robottechs' era and the work of his generation, and declaimed new poems on “Os elevadores de Lisboa” [“The Lisbon lifts”]. He went on a tour around the country in 1986, with his companion in the craft José Ribeiro, the journalist-writer Rui Ferreira e Sousa/ Jaime Rocha, the visual artist André Shan Lima and his wife Isabelle Lima. This couple later translated an anthology of their poems, distributed by Ulmeiro.

Video documenting section 6 of the physical exhibition, open to the public in 2019. 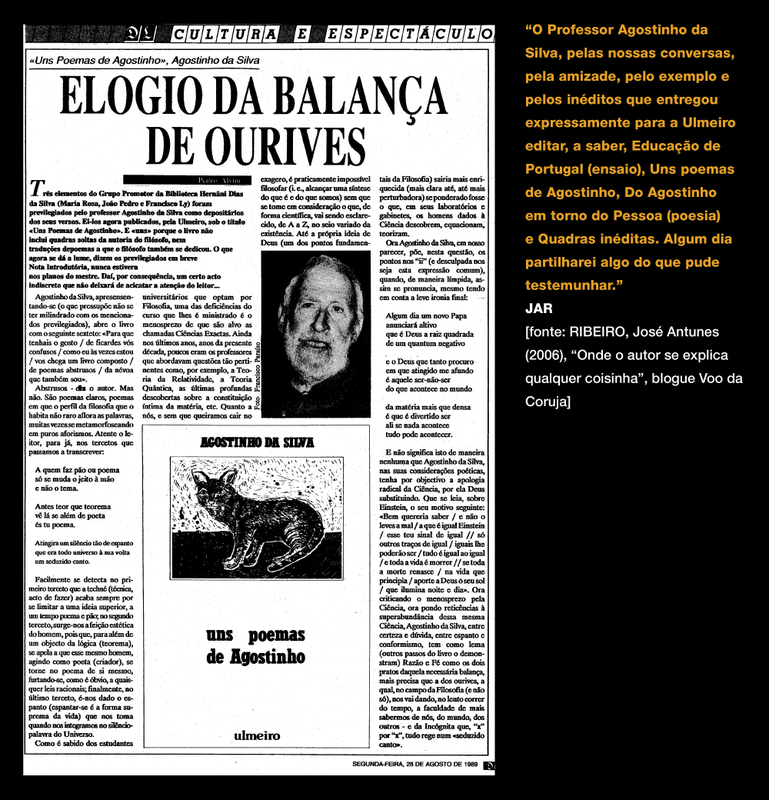 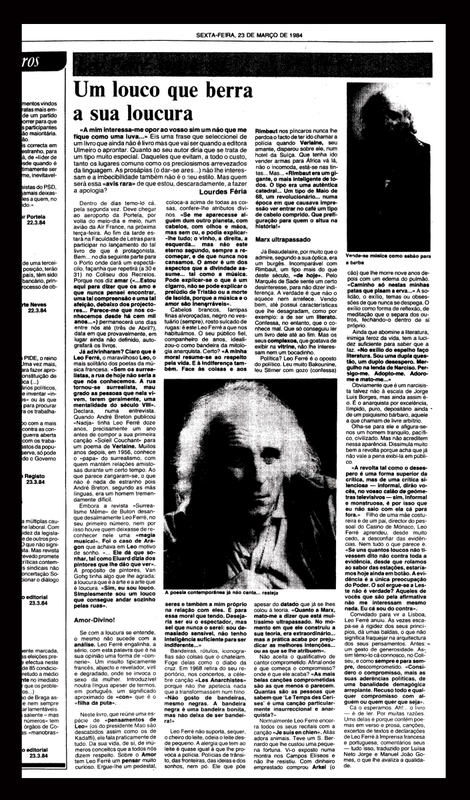 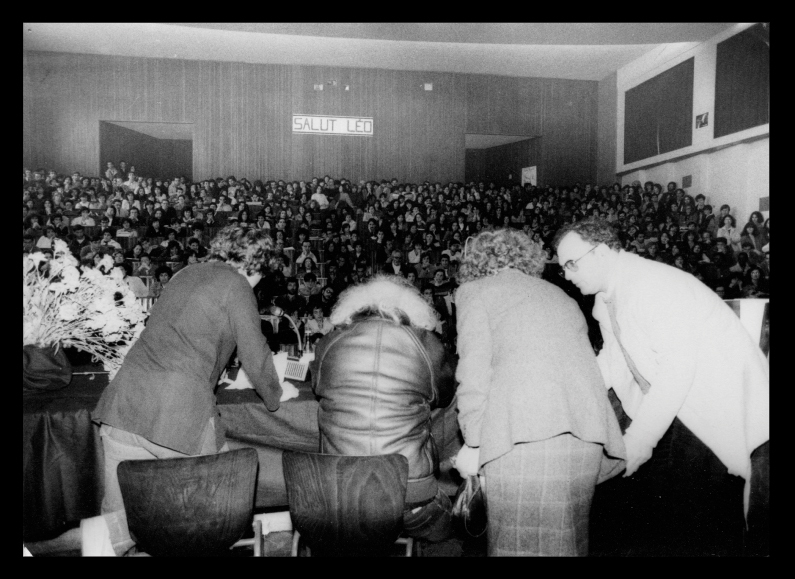 Session photography dedicated to Léo Ferré (auditorium of FLUL, 27/3/1984) [DCA JAR]. The passion for poetry led Ulmeiro to dedicate an exquisite album to French anarchist singer-songwriter Léo Ferré, who came to Portugal for autograph sessions with a full house, such as the one in the auditorium of Faculdade de Letras in Lisbon (University of Lisbon), on 27/3/1984, shown in the enclosed photo (in which the publisher also appears) and which Diário de Lisboa had announced in an accompanying text by Lourdes Féria (see above). The album was simply called Léo Ferré and was organised by Manuel João Gomes, Luiza Neto Jorge and Judite Cília, with photography by Carlos Gil on the cover. 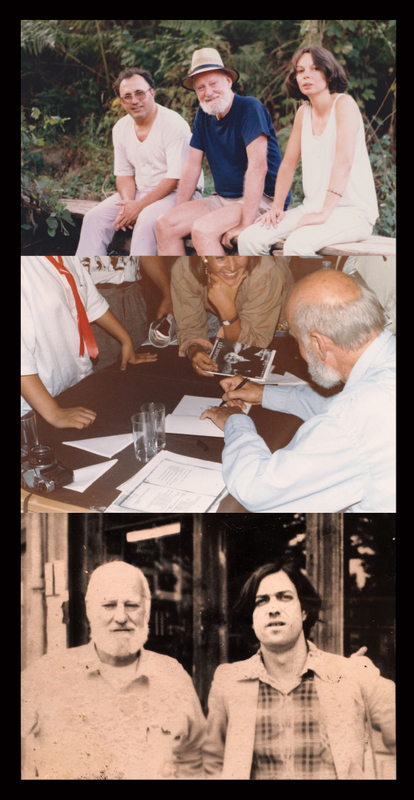 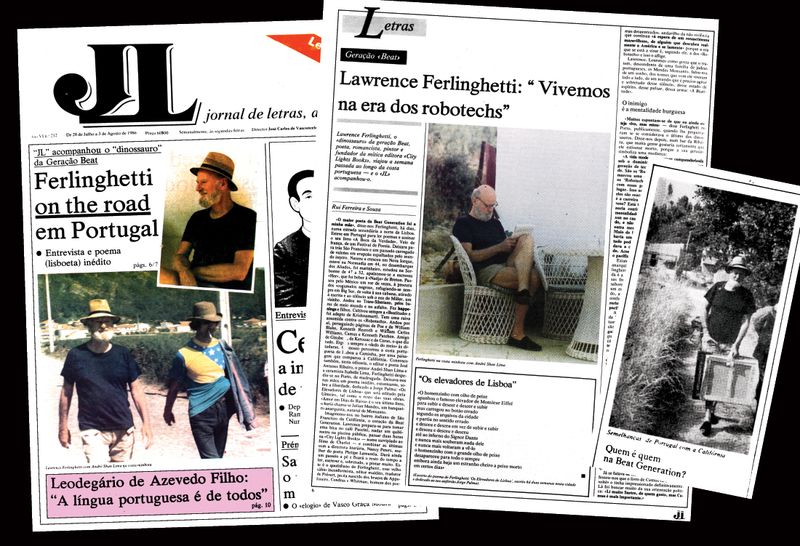 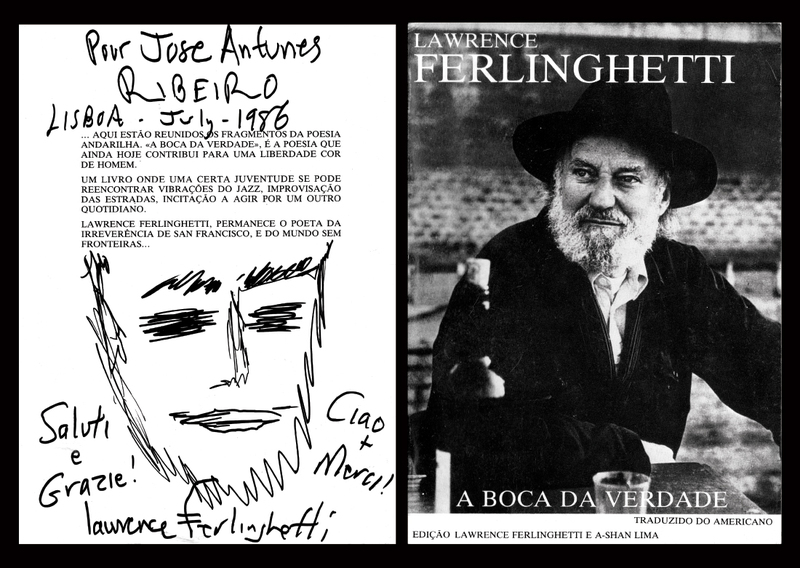 Plan of the cover of the book A boca da verdade [The Mouth of Truth], by Lawrence Ferlinghetti and autographed by himself (distributed by Ulmeiro, 1986, translated by André Shan Lima and Isabelle Lima), [Esp. JAR]. 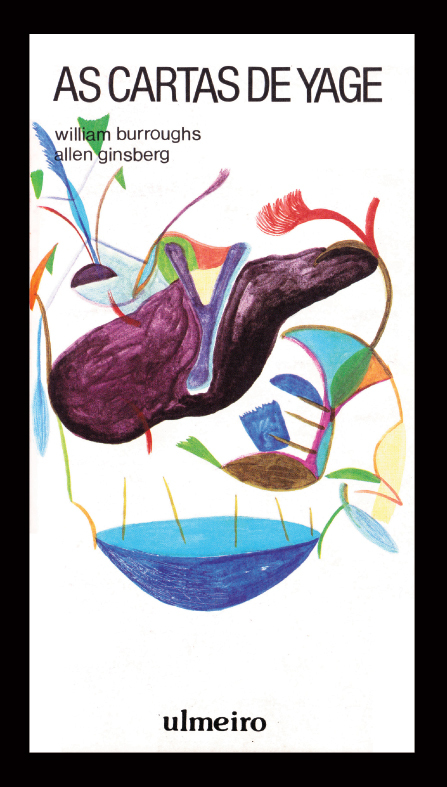 Following the French poetry, Ulmeiro turned to American poetry of the beat generation, inviting the bookseller-publisher Lawrence Ferlinghetti for a stay in Portugal in 1986. On this tour of the country, which included autograph sessions, he was accompanied by his professional colleague José Antunes Ribeiro, the journalist-writer Rui Ferreira e Sousa and the painter André Shan Lima and his wife, Isabelle Lima. An extensive journalistic report in JL, written in the summer of 1986 by one of Ulmeiro's collaborators, discusses the career and ideas of the founder of the City Lights bookshop-publisher and mentions his Jewish origins, a descendant of the Mendes Monsanto who fled the persecution of the Inquisition to France. It also includes an excerpt of the poem «Os elevadores de Lisboa» [«The Lisbon lifts»], written by Ferlinghetti that July and dedicated to the cicerone in the capital, the singer-songwriter Jorge Palma, as well as photos of his tour of Portugal. Although JL announced, in its next issue, that Ulmeiro would be the future publisher of his books, this did not materialize. The tour of Ferlinghetti in Portugal also served to launch a translation of his poems, in a book distributed by Ulmeiro and translated by his friends André Shan Lima and Isabelle Lima, in that year of 1986. Ferlinghetti's dedication to JAR in the respective cover plan indicates an artistic, ideological and 'craft' complicity. Until then there was only one translation of this author in Portugal, Como eu costumava dizer [How I Used to Say], published by Publicações D. Quixote in 1979. Ulmeiro later returned to this generation and published As cartas de Yage [The Letters of Yage] by Burroughs and Ginsberg, with cover by Lidia Martinez and translation by David Allan Prescott and Teresa Alexandra Prescott.

See next section: 7. Diversification and innovation >>