The Ulmeiro was from the beginning a space anchored in neighborhood life, a community link for various social groups.
It was this with the youth club, which combined theatre with cinema sessions on Saturday mornings, showing Charlot to the kids. With a football team, called UNICEF. And also with the daily interaction with neighbours, which led Lúcia Ribeiro to realize that the bookshop Ulmeiro acted as an antidepressant for many people.
This reality was recognised by the local authorities (unanimous praise from all the parties represented in the Benfica Parish Council) and had as a corollary the celebrations of the 25th anniversary of Ulmeiro, in 1994.
Ulmeiro continued to be a meeting place besides the resistance sessions, promoting in 2002 a guided tour of the Benfica of Lobo Antunes (in the cycle Viagens com Escritores [Travels with Writers], in partnership with the publisher Alma Azul) and with evenings like the cycle "Poetas Sem Rede" ["Poets Without a safety net"], in 2012, or by associating with Poesia no Parque [Poetry in the Park] (Castelo Branco, 2010).
The irruption of fierce competition (largely unfair) - hypermarkets (1985), shopping centres Fonte Nova (1987) and Colombo (1997), bookseller concentration (Bertrand, 1993, FNAC, 1998) and publishing conglomerates (e.g. Porto Editora and Leya) – had financial repercussions and stimulated the search for alternative ways of intervention and sale, allowing it to get closer to its loyal readers and visitors but also to extend communication channels to a wider audience.
Hence the establishment, in Almada, of Ulmeiro 2 Editores - Livreiros Lda., in the 1990s, with partners of an advertising company and which launched itself in a pioneering way in the segment of occasion books (remains of a collection). Hence, also, the attention to local book fairs (e.g. Ulmeiro 40 years, in 2009, and Feirinha da Ladra (little flea market) «Ulmeiro», in 2011) and the participation in fairs of other organisers, such as that of APEL. Or the pioneering option of selling used books on the internet, via social networks, since 2013.
The closing of the commercial society and its replacement by the cultural association Espaço Ulmeiro Associação Cultural and Fólio Exemplar publisher, in 2010/11, pursued with consistency the main cultural objectives. It was also an act of resistance, like the formation of the Clube do Espaço Ulmeiro [Espaço Ulmeiro Club] (31/III/2014) and the co-authorship of a public petition in favour of bibliodiversity and of public policies regarding public reading (in 2018).

Video documenting section 8 of the physical exhibition, open to the public in 2019. 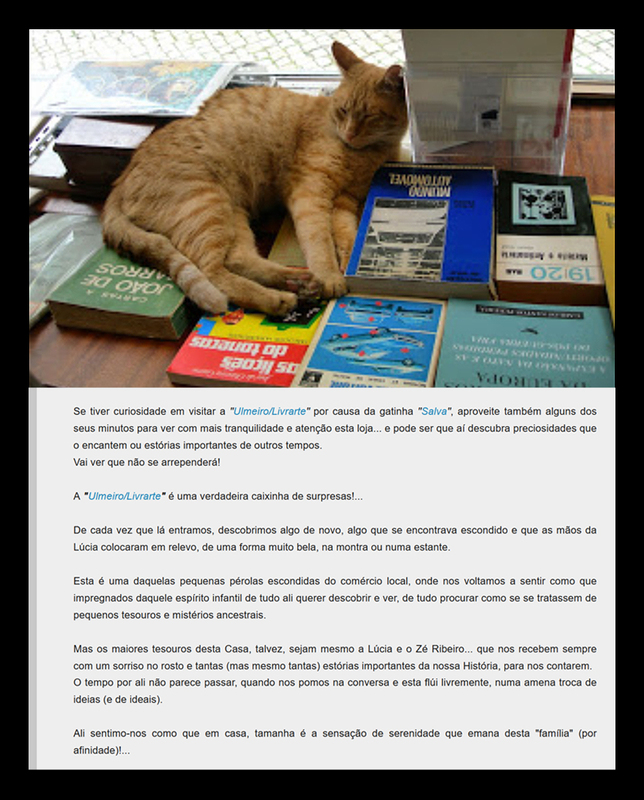 Two photographs of the bookshop Ulmeiro with its readers (1980s), s.a. [DCA JAR]. 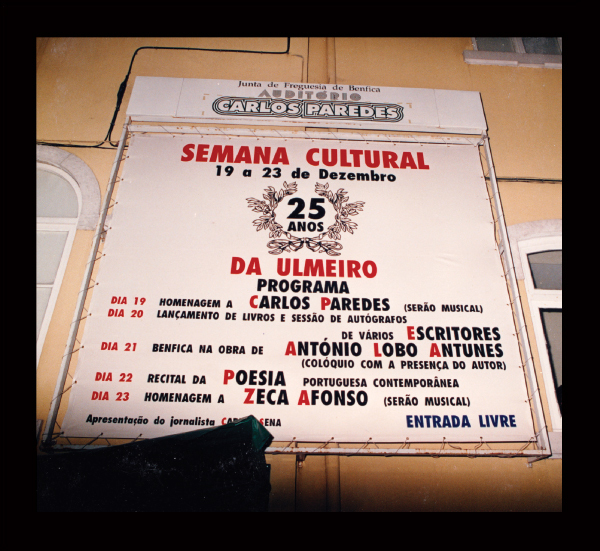 Photograph of the placard with the programme of the cycle of cultural sessions for the 25th anniversary of Ulmeiro, held at the Parish Council of Benfica, in 1994, s.a. [DCA JAR]. 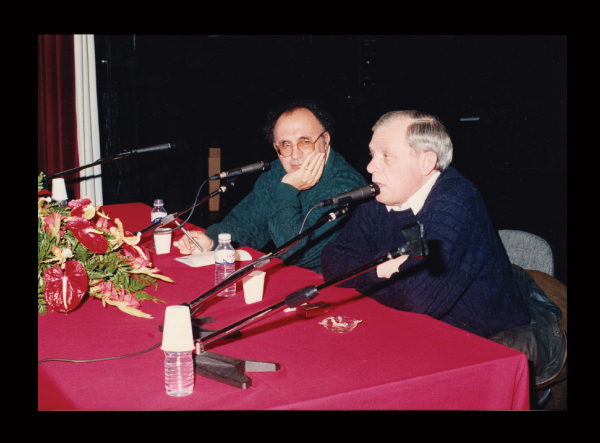 Photograph of José Antunes Ribeiro with the writer António Lobo Antunes at a table of the cycle of cultural sessions for the 25th anniversary of Ulmeiro, 1994. s.a. [DCA JAR].

In 1994 Ulmeiro invested heavily in a series of cultural initiatives to celebrate its 25th anniversary throughout the year, associating literature, music and debate, among other modalities. The initiative was well received by the public, and was supported by the Benfica Parish Council, which hosted this cycle in one of its cultural centres. 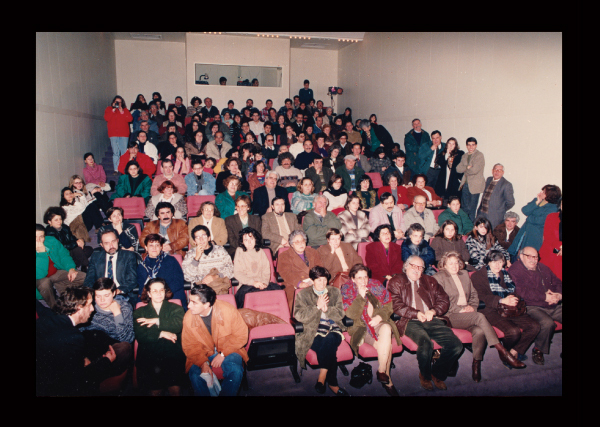 Photograph of the audience in one of the cultural sessions of the 25th anniversary of Ulmeiro, 1994, s.a. [DCA JAR]. 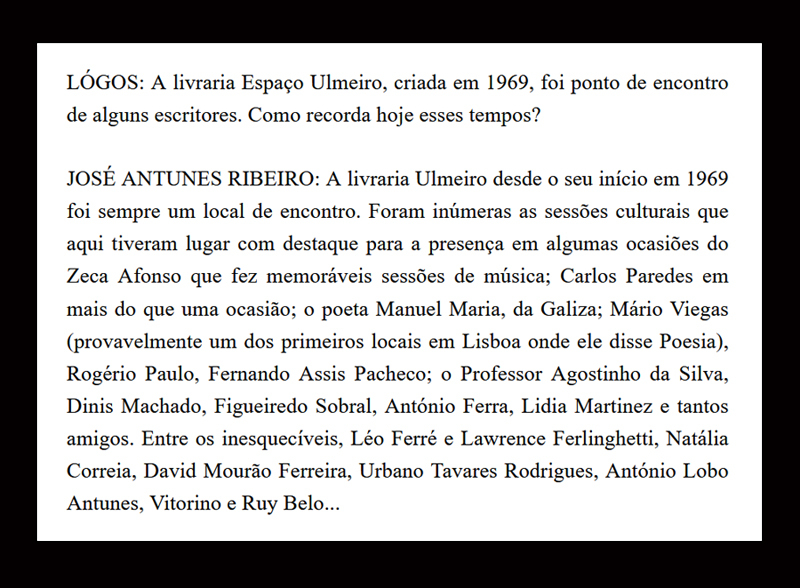 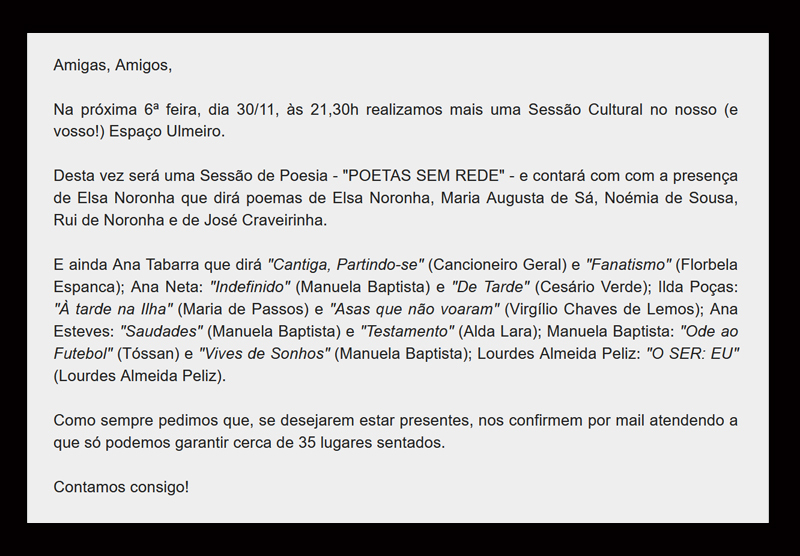 One of the singularities of Ulmeiro was having focused, from the outset, on being a living space for the circulation of the creator and reflective word, whether through book launches or through musical concerts and literary tertulias (gatherings). In this context, it is worth highlighting the tertulias of the 1970-80s with numerous writers and musicians and the cycle of poetry evenings «Poetas Sem Rede» [«Poets Without a Net»], which spotlighted African and Portuguese contemporary poets through the recitation of poems chosen by declaimers such as Elsa Noronha and Ana Tabarra. 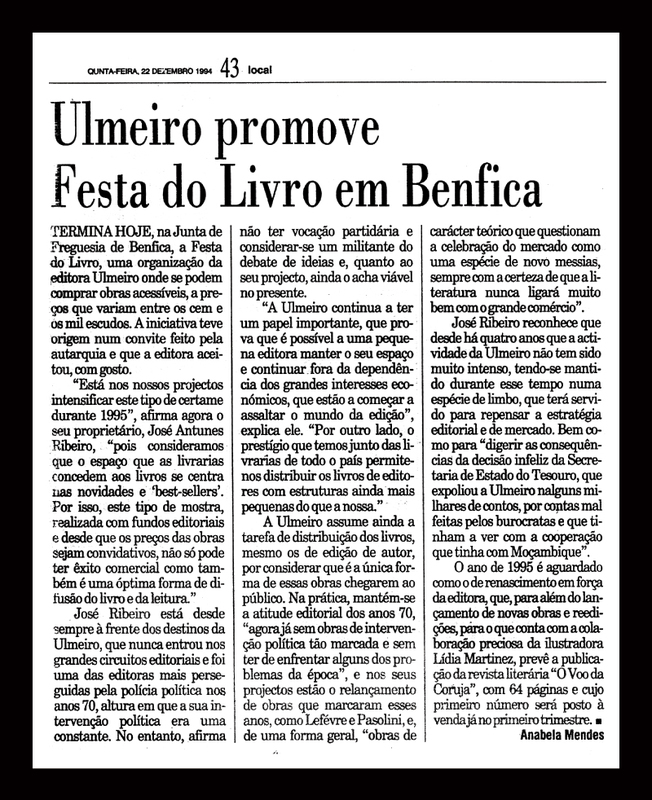 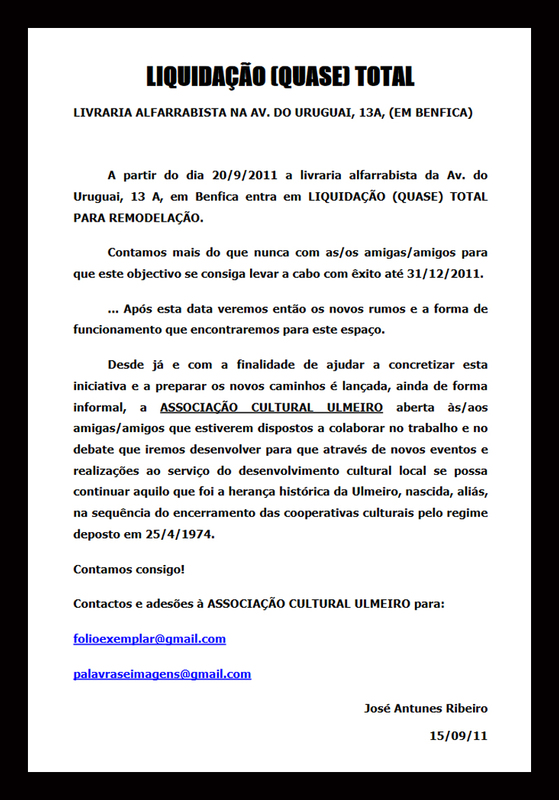 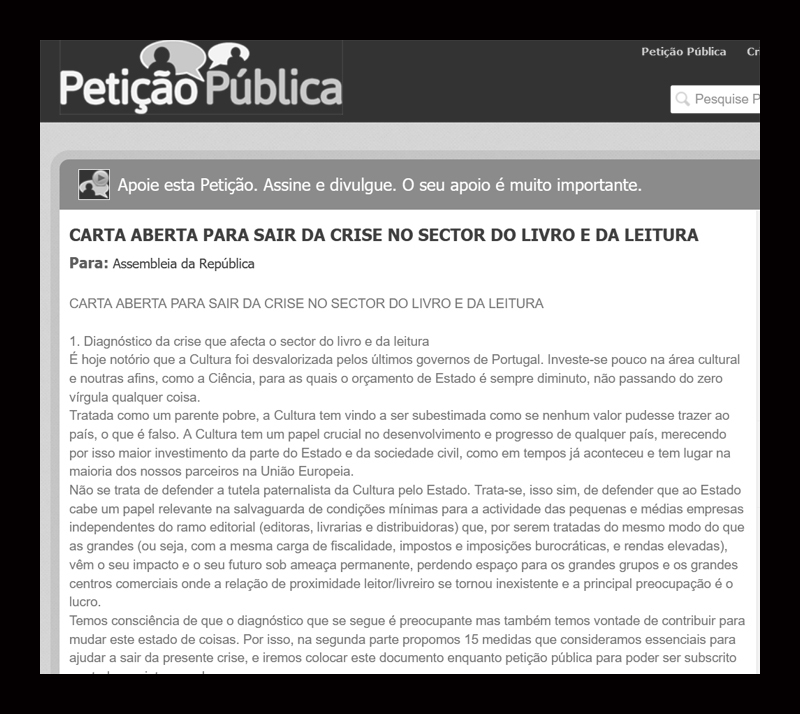 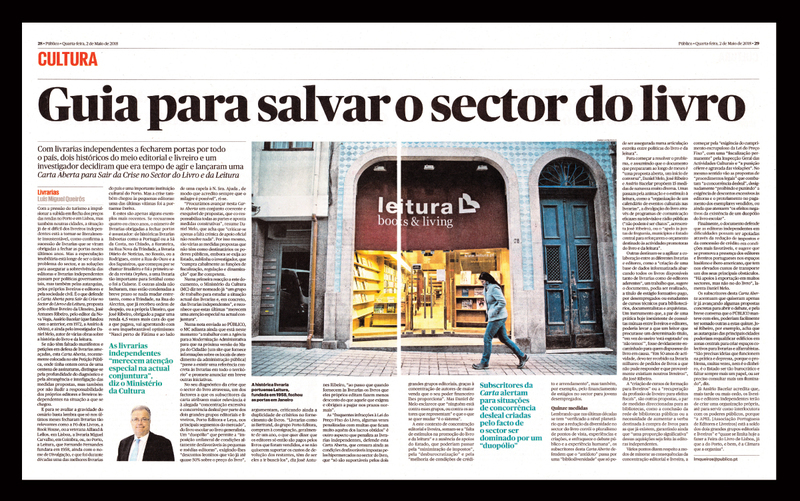 See next section: 9. The Ulmeiro in the eyes of readers and makers >>