9. The Ulmeiro in the eyes of readers and makers

With this long lasting and intervening itinerary, made of audacity, innovation and diversity, Ulmeiro has necessarily made a mark on the cultural and experiential imagery of many. Some more suggestive examples are retained here: an artistic evocation of the bookseller-publisher by Hugo Beja, a literary one by António Lobo Antunes and testimonials from readers and visitors of the bookshop who left a record on their blogs (Francisco Seixas da Costa, Jorge Leandro Rosa, Manuel da Mata), or in unpublished texts now revealed (like António Ferra’s).
In all these testimonies it is possible to verify the recognition of the importance of Ulmeiro (and/or José Antunes Ribeiro) as a creator of relevant works and/or as a reader guide. In the latter case, which is clearly evident in the texts of writers António Lobo Antunes and António Ferra, the role of expert advice is valued, only within the reach of certain booksellers, more qualified, experienced and/or linked to spaces with a collection and a logic of pro-bibliodiversity.
The journey of each book professional is also a journey made up of inspirations, sharing, confessions, personal tastes and irritations. It is therefore appropriate to recall quotes from publisher José Ribeiro: one, attesting to his editorial stubbornness, even in the face of the political police (as he reports in an interview to Alexandra Carvalho); another, the singularity of the craft of bookseller (by António Alçada Baptista, founder of the Moraes publisher-bookshop and his friend); and, finally, an excerpt of a poem by him full of topicality and that renews the anti-bellicist programmatic option. In parallel, we highlight texts that reflect on the editorial and bookseller mission.
At the end, images referring to two audiovisual recordings: an interview to RTP in 1999, with Ulmeiro's longest-lasting bookseller pair, and a recent documentary on the memory of Ulmeiro, by António Castela and Andreia Friaças. In both moments, the point of view always travelled between the past and the present.

Video documenting section 9 of the physical exhibition, open to the public in 2019. 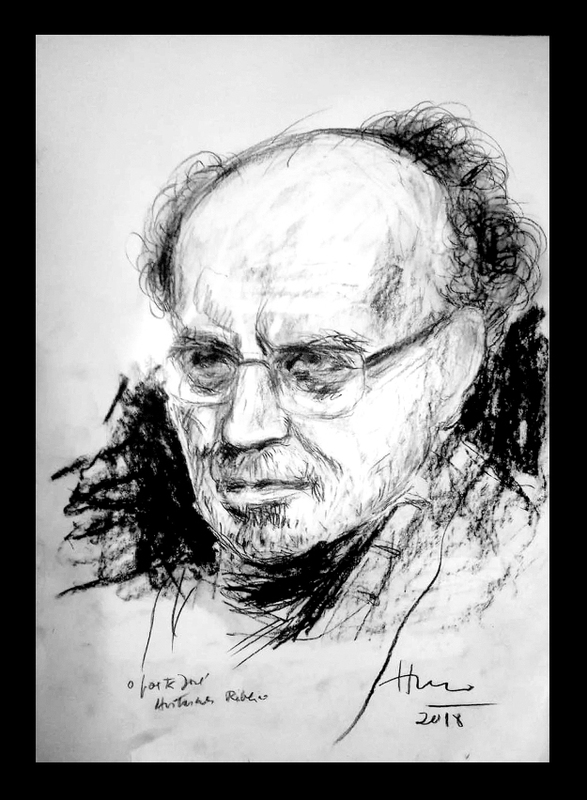 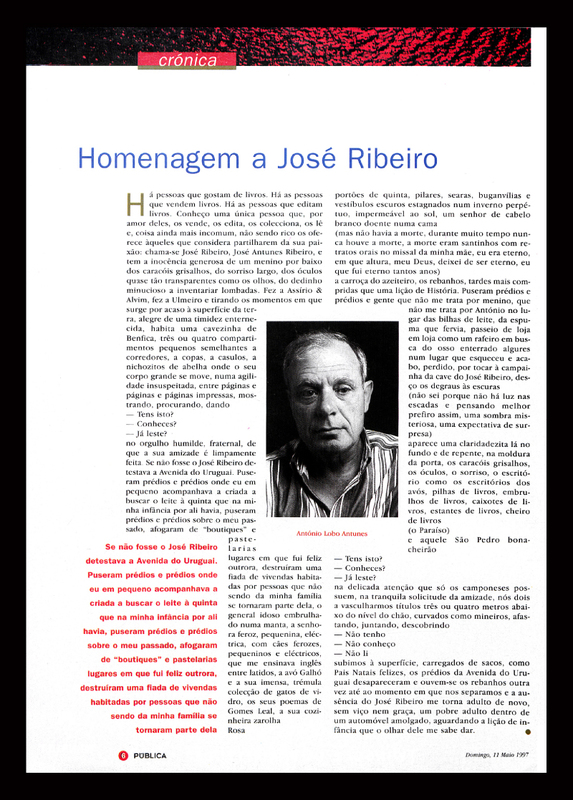 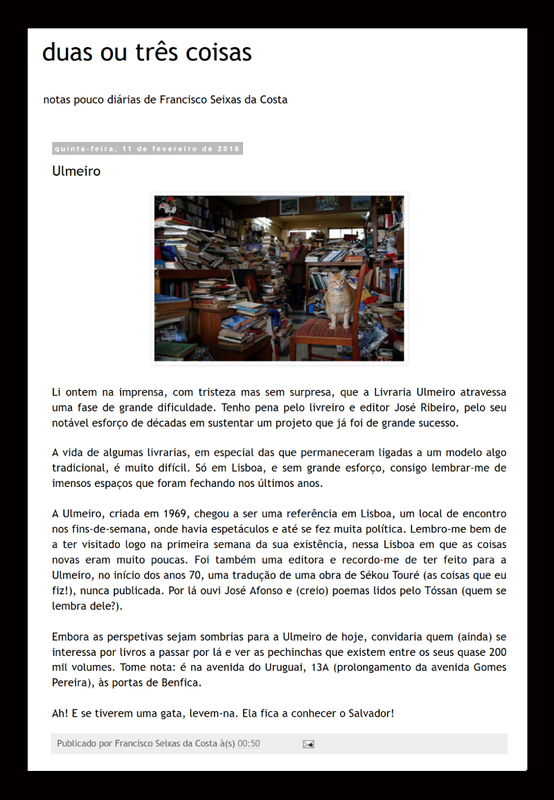 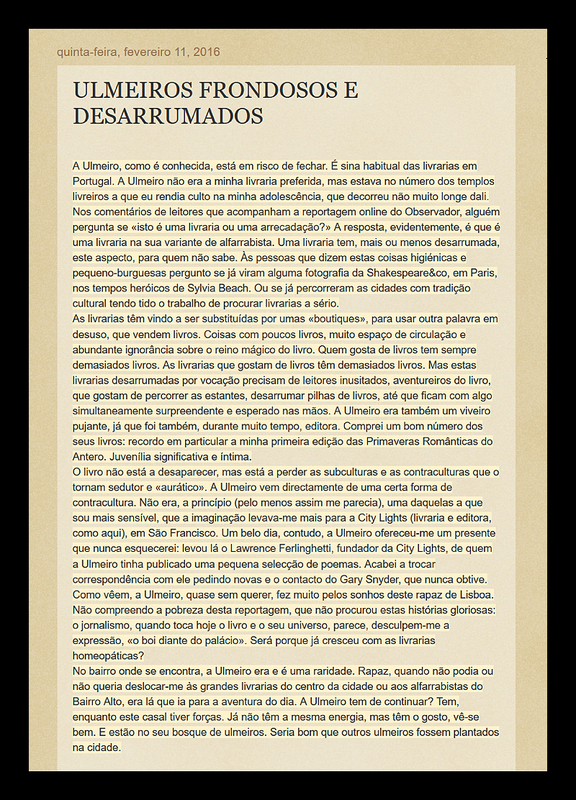 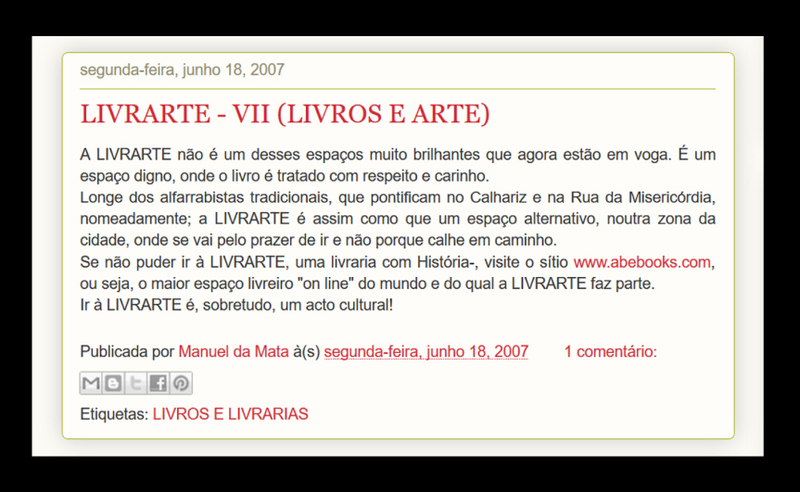 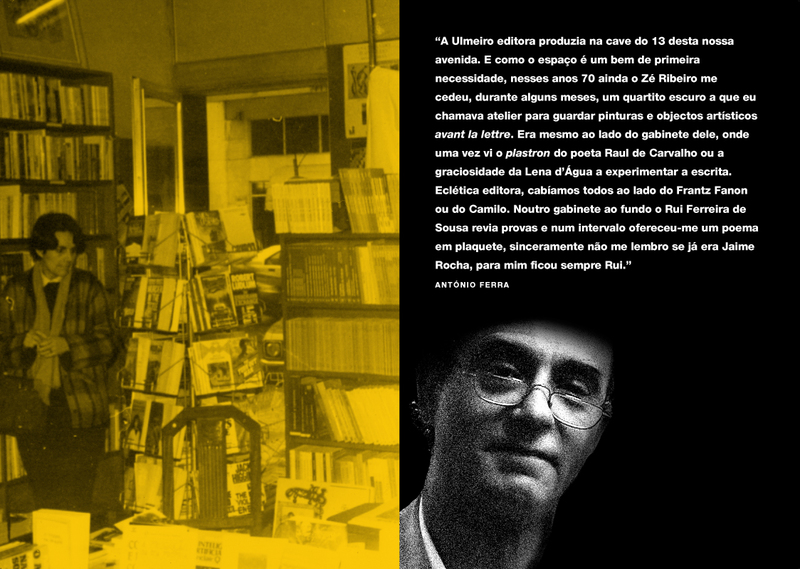 Excerpt from the unpublished text “As Ulmeiro” (2019), by António Ferra, adjunct with an image of this author [DCA AF]. 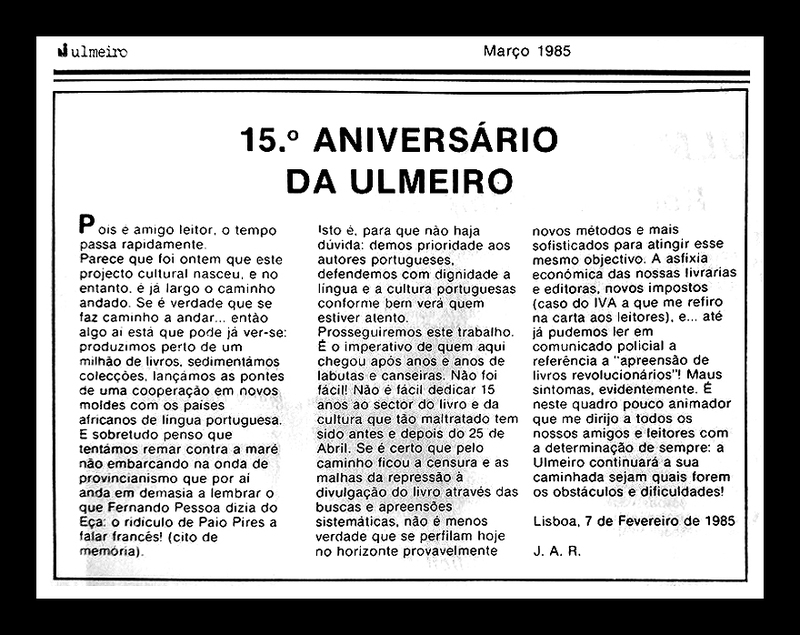 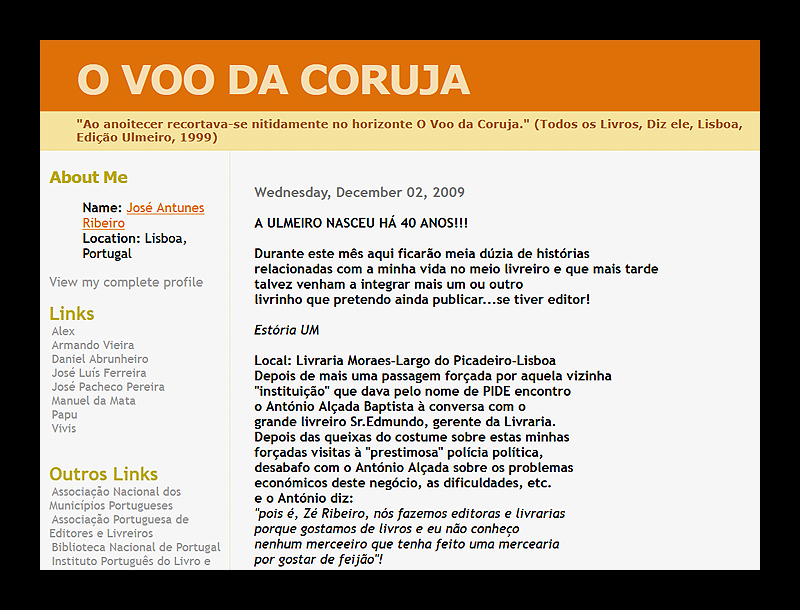 Parcial translation: “We were born in and from that movement and we supported all that we believed in: through here people came to ask for help linked to the clandestine fight against the old Salazar regime, against Portuguese colonialism, Maoists, M-Ls [Marxists-Leninists] of all kinds, CDE [Comissão Democrática Eleitoral / Democratic Electoral Commission], anarchists, progressive Catholics (I myself was one of the signatories of the Manifesto of the 101 against the colonial war, in 1965), revolutionaries from all walks, which we naively thought after the 25th of April could understand each other in the debate of ideas that opened up at that historic moment”. 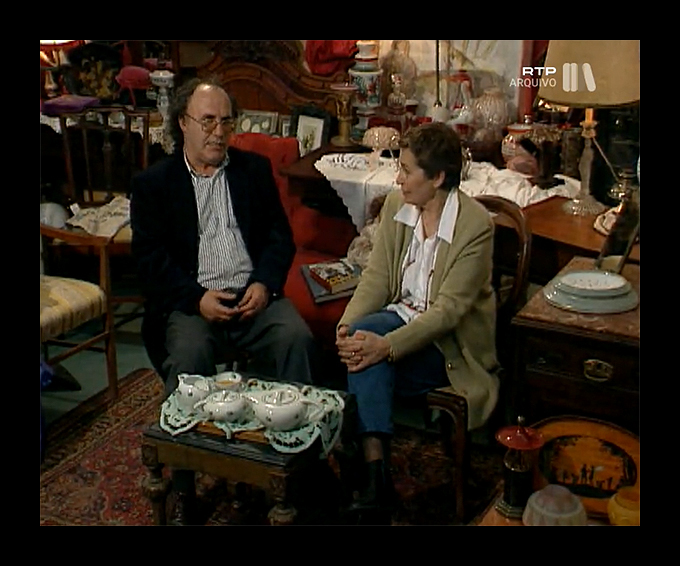 Image of José Antunes Ribeiro inserted in the trailer of the film documentary Espaço Ulmeiro, directed by António Castelo and Andreia Friaças, produced by QI News, 2019.

See next section: 10. Illustration and other visual-aesthetic milestones >>